BATH Theatre Royal can now claim to have probably the most exciting touring programme in the region. This week and next demonstrate the variety and quality of work which is regularly visiting the city. Sinead Cusack is starring this week in a Royal National Theatre/Out Of Joint co-production of Our Lady of Sligo, a compelling study of a life lived to the full through turbulent times from the high excitement of a "free" Ireland in the 1920s to the depressed post-war era. On Monday, David Suchet and Michael Sheen - the Royal Shakespeare Company's memorable Henry V last year - star in one of Peter Shaffer's best known and most popular plays. Amadeus, which was memorably filmed by Milos Forman, pits naked ambition against blazing genius in the story of the mediocre but successful Viennese court composer Salieri and the young upstart Mozart. Brilliant, witty, deeply moving, and full of some of the most sublime music ever written, this is a real treat. Sir Peter Hall's production is heading for the Old Vic - catch it in Bath from 14th-19th September. At the same time, from 15th-19th September, in the Ustinov Studio, you can see the Royal Shakespeare Company production of Samuel Becket's Krapp's Last Tape, starring Edward Petherbridge. After the performance Petherbridge will answer questions about the play and his own life in the theatre. Bookings on In brief: The English Shakespeare Company double bill of Antony and Cleopatra and As You Like It continues at Salisbury Playhouse until 3rd October. Bristol Old Vic's season opener, Alan Ayckboum's dinner party comedy of love and marriage in the suburbs, How The Other Half Loves runs to 3rd October (0117 987 7877).There's a varied bill at the Octagon, Yeovil, ranging from the Syd Lawrence Orchestra tonight (Friday) with a Glenn Miller diamond anniversary tribute, to Dannii Minogue on Monday and the popular children's television character Wizadora in special day time shows on Wednesday (full details on 01935 422884.) Fanny Charles

Frances Black is a huge star in her native Ireland. She has been voted the country's top female artist, and her albums sell in thousands. Yet in this country she is hardly known compared to her sister Mary Black. All that should change over the next few weeks when she tours England. Local dates are next Friday 18th September at the Octagon, Yeovil, and 8th October at Salisbury City Hall. Frances is unusual not only because of her fine singing voice but because of the honesty with which she sings and talks about her personal experiences, including her battle with alcoholism, her unwanted teenage pregnancy and forced marriage. 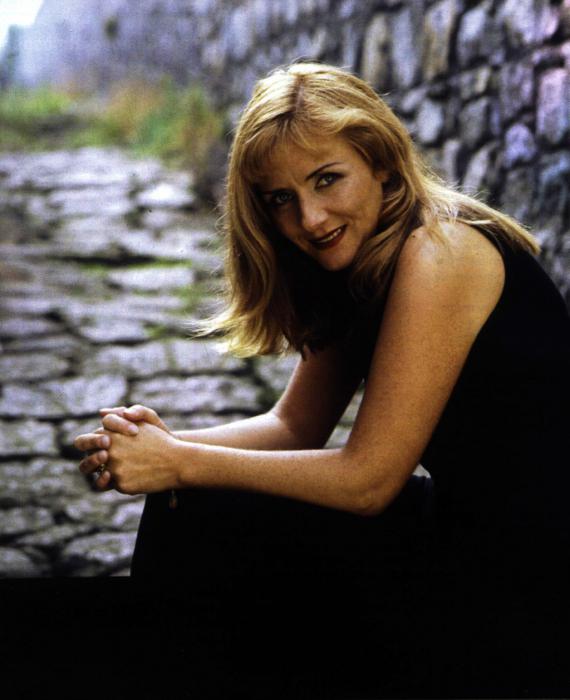