By Jamie O'Brien
From RootsWorld

Ireland is a land of music. It's all there, anything you could want from rock to folk, with everything in between. Irish Unplugged presents three performances, each representing a different facet of the acoustic side of the music. Act One is the singer-songwriter; Act Two is the contemporary; Act Three, the traditional. But now, forget the labels as the musicians blur the boundaries between genres and play for the sheer pleasure music brings.

Kieran Goss performs simply, alone on the stage. He has a powerful voice, is a strong accompanist on guitar and has a dry sense of humor. His songs veer toward the romantic without being maudlin (in another lifetime, he might have rivaled the likes of Gene Pitney or even Roy Orbison with his emotional songs and moving singing). But in this world today, he stands head and shoulders above his fellow singer-songwriters. His lyrics are meaningful, his melodies get under the skin. It's so easy to find his songs living on in your head long after his set has ended.

Four of his five songs are collaborations, with partners including the likes of Jimmy McCarthy and Nashville's Rodney Crowell. Yet he is equally at home with other composers' material - his performance reaches a climax with his sensual "Reach Out (I'll Be There)." Kieran Goss is a musician who deserves a big audience, one that matches his big performance.

Next up is Frances Black with her band (pianist Pat Fitzpatrick, Eoghan Scott on bass and backing vocals and Conor Brady on guitar and backing vocals). She opens with "The Sky Road." The warmth of Black's voice, its tremolo, it silkiness, is perfectly suited to this Jimmy McCarthy song of emigration. Like her sister, Mary, Frances is a fine interpreter of other people's compositions: you're left with the feeling the songs have been written for her. Richard Leigh's "Wall of Tears," Ewan McColl's "Legal Illegal," even "Over the Rainbow," all the songs become part of her. She also performs her own song, Rachrai Island, showing she's a good writer, too.

If I have a complaint, it concerns the backing vocals. Sounding somewhat tentative, they're low in the mix and create barely a shadow. If they're going to be there, they might as well be there - they would add a nice contrast to Black's voice.

The show then continues with accordion and piano player Dave Munnelly and his friends: his brother Kieran (bodhrán, flute), Daire Bracken (fiddle) and Galvin Ralston (guitar). What better way to start than with a Jean Carrignan raucous dance tune, the "American Polka?" From French Canada, the band moves to the klezmer old timey tune, "Flatbush Waltz" which is neatly coupled with "Killarney Boys of Pleasure," three-four into four-four, elaborate and slow into a rocking reel.

This is a quartet which shows obvious enjoyment at playing, a pleasure that is infectious. Dave Munnelly is a fast accordion player who seems to lose none of the intricacies and ornamentation of the music. Kieran is not only adept at flute, he keeps a strong, intriguing rhythm on bodhrán. Ralston is more than a solid guitarist - he stays behind the melody players, but is constantly adding color and drive to the tunes with some great chord progressions and dynamic strumming. Bracken is a great, frolicking fiddler - I bet he's a great dancer, too, the way he moves all through the performance. On a couple of tunes, they are joined by Eoghen Scott on bass.

Another friend, Helen Flaherty, joins in to sing two songs: Steve Tilston's classic "The Slip Jigs and Reels" as well as the traditional "Helen From Kirkconnelly." Her husky, flute-like voice and her rolled 'r's fit her choice of material perfectly.

What better way to end the evening than to bring back all the performers for a set of tunes? Ralston leads the way into "Paddy Fahey's Reel" and is soon joined by one and all on guitars, flute, accordion, fiddle, percussion, piano. The set of reels are played at session speed with no particular musician standing out, but all of them adding to the overall excitement.

Recorded live in concert in Utrecht, Holland, the production allows you to enjoy the performance without distracting special effects: unobtrusive camerawork leaves you with the feeling of having been there; well-recorded; and overall, excellent mixing and production. 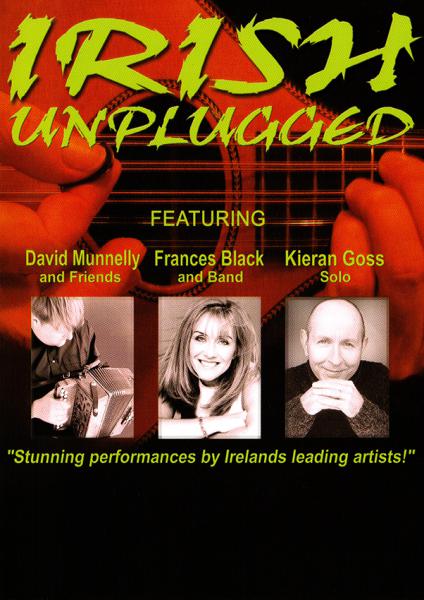